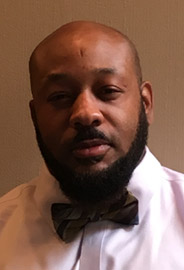 Dr. Maurice Brownlee, officially joined Northstar in 2017. Before joining Northstar, Maurice was the Executive Director with AdCare Health Systems located in Atlanta, GA. Maurice has held multiple executive level positions throughout his professional career. After witnessing first-hand, how stigma and the burden of HIV/AIDS was affected vulnerable communities in Atlanta, GA; Maurice made a bold decision to leave the corporate world to refocus his career on HIV/AIDS. Many thought it was a crazy idea, but Dr. Brownlee knew he had a mission.

Maurice received his Master’s degree from Duke University, Durham NC and Doctorate degree from Argosy University, Orange CA. He is a Fellow of the American Society of Healthcare Risk Management. He completed the American Hospital Association/ National Patient Safety Fellowship in 2013. Maurice is the recipient of the 2013 Eli Pick Leadership Award.

Maurice research interest are in the areas of HIV and Aging. Before relocating to Chicago, Maurice was active in the HIV community. He was a member of the Metropolitan Atlanta HIV Health Services Planning Council.